Recording and Communicating an Idea

An idea has to start somewhere and when you get a good one, you need to catch and share it.

Many new ideas for physical products end up as a Patent. Others ideas may come under the protection of a Copyright. Some end up as a proprietary secret and exist as a line of code or subroutine or algorithm. The first time a consumer may experience the ideas of the inventor may be years or decades after the actual act of creation. But that is the ending of the story, and honestly by this time the wonder and fun of invention has passed.

Let's get closer to the point of origin, but let's also talk about how ideas have been made throughout history. Remember us humans have been here on this earth for a very long time (millions of years) having ideas. The way we keep these ideas and share them with others has changed a lot. In the earliest times the idea may have been communicated by simply pointing, drawing in the sand, or later through language. History is replete with us losing technology for a century or so - maybe longer only to regain the idea. Growth and accumulation of ideas is anything but linear or continuous.

The Mesopotamians are credited with one of the first written languages dating back as far as 3500 BC. They wrote on clay tablets using Pictograms and then Cuneiform. These tablets were widely available and depending on how they were stored, fairly durable. If you want to know more about these beautifully decorated tablets that are full of marvelous things, get to know Irving Finkel, curator at the British Museum by watching his YouTube Video. If you click his link and get lost at Irving's Museum - this article was still worth writing as I think he is one interesting, intelligent and colorful character. Irving, if you make it to Ventura CA, lunch is on me. 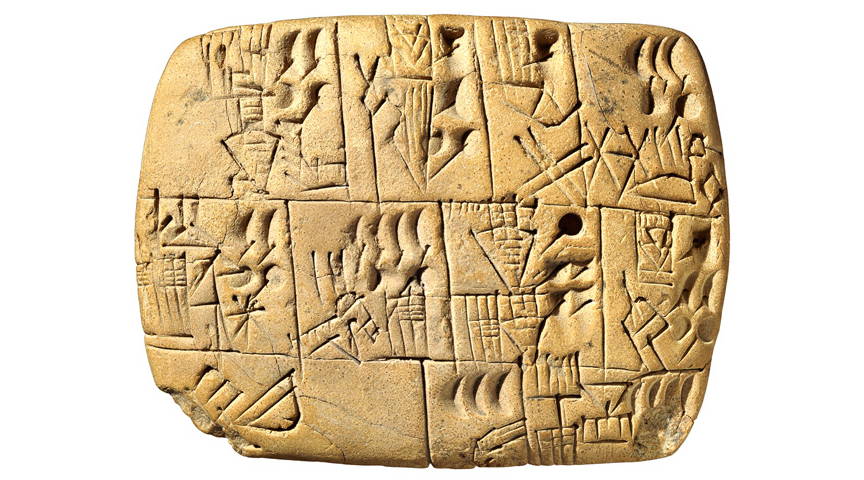 The Chinese as early as 200 BC were thought to have invented paper. Expensive and tightly held by Imperial Rulers, it was not generally available. It took until maybe 1200 AD before one could get a piece of paper for less than a few days wages (surmising). This fact alone makes one wonder how many good ideas were held in other ephemeral ways only to be lost (bark, banana leaves etc). Paper is important to the story as, in my opinion, it is still the most likely medium to capture the idea of the day.

The concept of owning the rights to ideas is relatively modern. Most point to the Venetian (Italian) patent office in 1450 AD as being the first. By the way, the first Venetian patent was for a lifting barge that could lift and transport marble - countertops anyone! Others reach further into History and point to the Greeks who effectively had patents for cooking recipes around 500 BC. Regardless, the Italians really primed the world for a flood of new ideas that could be owned and accumulated. The US patent office did not open its doors until 1790. The only way to submit a patent to these early Patent offices was on paper. 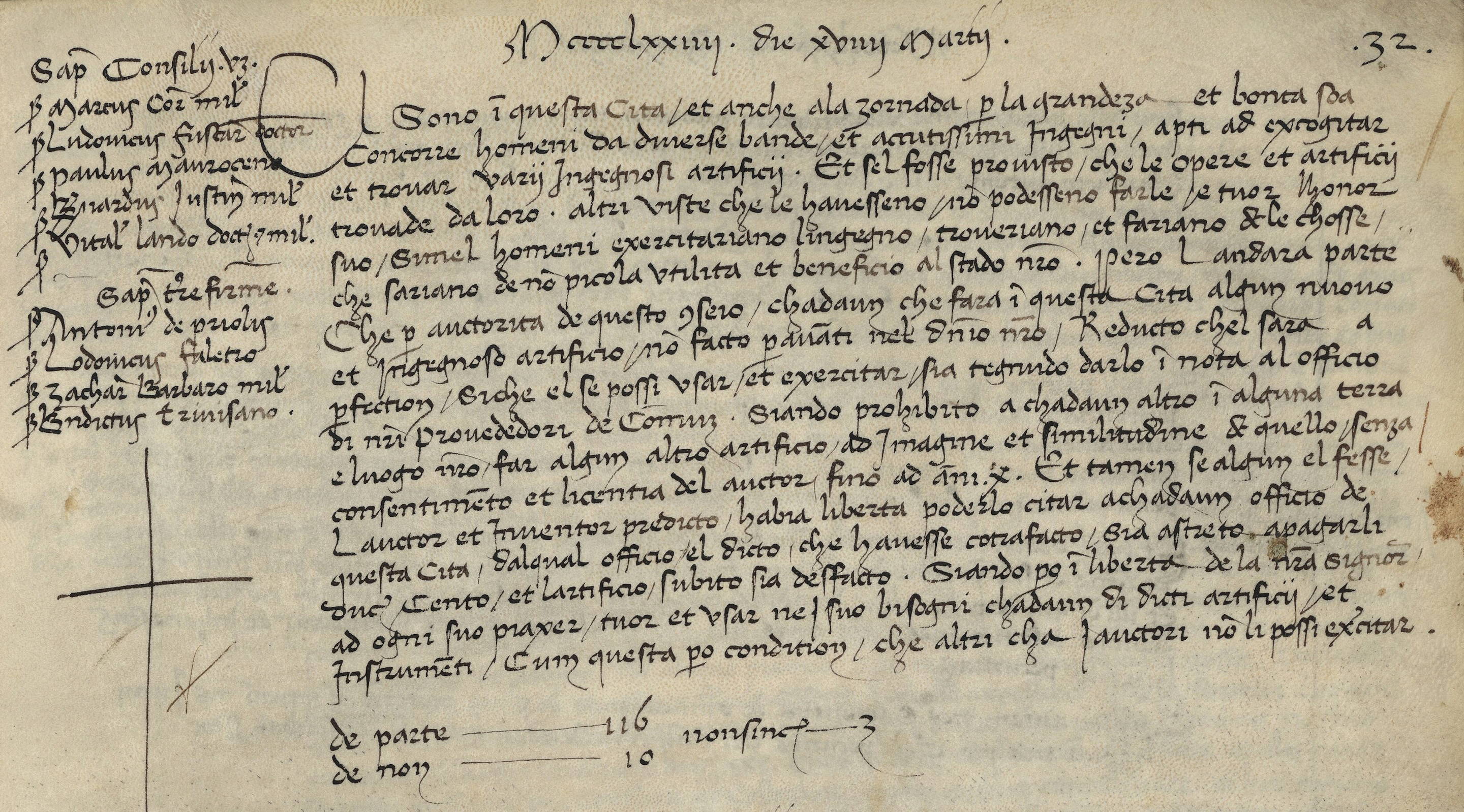 The most incredibly pleasing, highly experiential, and expressive way to capture and communicate any idea is to get a piece of paper and draw the object or concept - probably accompanied by writing a few sentences or measurements. It is under-rated, under-taught at schools, and if you don't get it - you need to keep reading. If you have not broken it down into its parts, they are all pretty incredible and here they are...

Charging Up Your Brain

First you must charge your brain with enough general knowledge so that you can build with it (does not require a school, but it sometimes helps). This also presumes you know a language and can use it to communicate. It also presumes you can draw objects in a way that is universally understandable. Packing the brain with good fundamental knowledge may take a while. You also need to be aware of your surroundings and have a variety of experiences to use as building blocks.

By hand. Yes, beginning with any of the three above. Writing with our alphabet and number systems to clearly communicate ideas, drafting complex objects to express geometry of physical objects, and doing both of the former with artful expressiveness. Seems simple but how many years does this take to develop, 10, 20, 30 or more years? 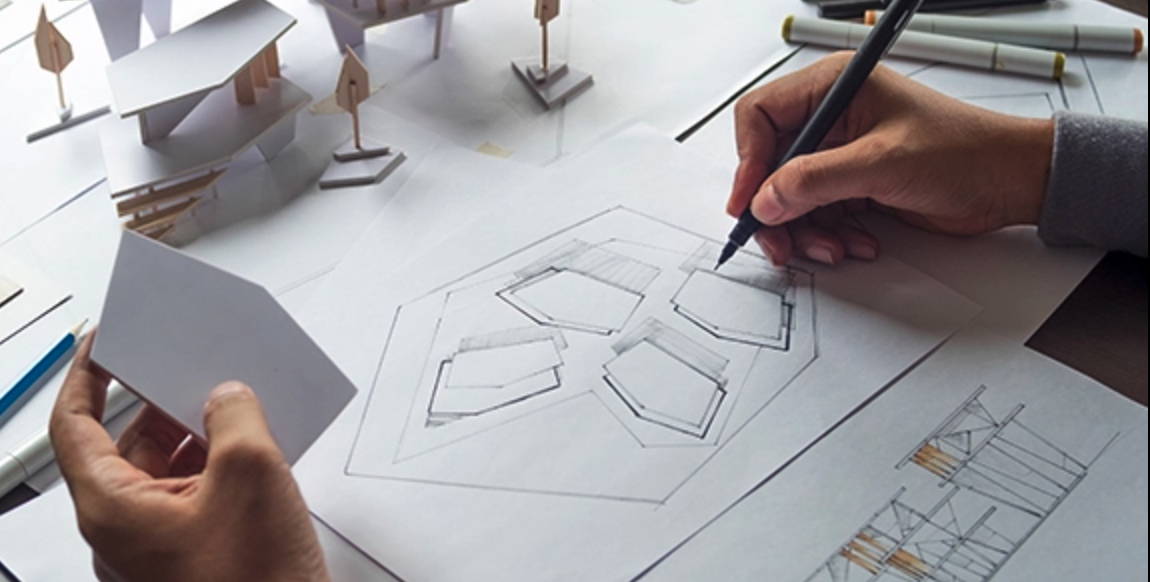 Practice, Coordination, Dexterity. Our bodies are just flat-out amazing. The other most often heard phrase is Eye - Hand Coordination. And there is more in this area than I will ever know, so let's leave the details alone for others more qualified to explain, but keep the wonder.

Plain old copy paper will do. It is everywhere, cheap and pretty consistent. Most of the copy paper you find is designed to receive ink from some sort of printer. But if you start to write and draw more frequently, some heavier weight paper is usually in order. The details are interesting and endless. But once you find your chosen paper you will know. The indentations left by either Pen or Pencil can end up being another expressive element to your drawing when cleverly used and they are very dependent on the paper you choose. Today we have the choice of some very good long-lasting paper described as 'archival' or 'museum quality'.

Really graphite, but commonly misnamed Lead or Leads. Writing and drawing with a pencil can be extremely expressive. Combine different hardness's to make thick and thin lines, lay the pencil on the side to create shading. Erase, smudge, draw with several different pencils. For me, the greatest pencil on earth is the U.S.A. General's Cedar Pointe #333-2HB made by the General Pencil Company. Writing a small new idea with so much history in your hand-well that's just awesome.

Black ink is very corporate, Blue is a close second. But there are many more color options out there so go for it. The methods working where the pen meets the paper are usually, ball-point, fountain, rollerball, felt-tip, gel, and a few others. Ball-point is easy and a good starting point. A fountain pen has been my serious drawing preference when drafts come down to making the final drawing.

Ink needs to be married to the paper along with the skill to make it work. Inks are more difficult for this reason, so plan on some extra time to get proficient. Technical drafting was an early job, and at that time the Keuffel and Esser Company made the best technical ink pens. Various widths, stencils and lettering guides gave freedom and structure to the draftsman simultaneously.

Skip all the known fonts, throw away the computer, your own hand-written font is better. It will be unique and impossible to copy. Everyone will know your hand made the mark. It somehow results from the miraculous pathway from formation in your brain, through your body and onto the paper. Typing this article is getting the idea to you, certainly most of use use computers daily. But I proclaim that we are missing an element of communication. Practice recording your ideas by hand, find your unique font, and start to communicate at a higher level.

We have not thought of everything...

To have an idea, you must have some reason for the use - "necessity is the mother of invention" some say. But this means there are many ideas already understood by the tribe and are in use, all inferior to the new one. Whether you're making a list for the day or drawing a new product targeting tennis for older players, it all starts at the same place. Newsflash- there is no end to new and very good ideas. Maybe the idea is just your list for the day - a memory device. Or it could be the idea that will help your current project along the track, or change the course of your life and maybe others too.

Whether you're writing in paper, clay, or canvas, find a medium to record your ideas

A good pencil is an extension of your hand, and with it ideas can flow more gracefully