Communicating Technical Ideas with a Drawing

Our World is Impressive – it gives us instantaneous information through the Internet and this connects us for better or worse. But how about connecting across languages?

During our research of historical resources regarding mechanical devices, we get stuck trying to figure out how to locate (and then process) reliable information in languages other than English. Based on global statistics if we only search English sources we are only researching what the minority of the global population knows.

In our exploration of early gears and mechanisms, we hit a large roadblock when trying to research Ancient China. The South Pointing Chariot (a purported Chinese navigational aid), was one of the earliest geared mechanisms found in references, and so China seemed like a logical first step. But we were quickly reduced to looking at photos and drawings since we could not translate the text. Short of learning Chinese ourselves, we clearly needed help with translation to unlock the long history of a rich technical culture. 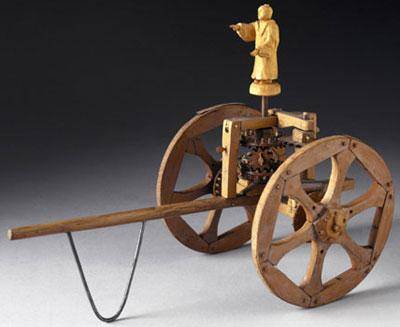 Rendering of the South Pointing Chariot

Luckily, we found that Joseph Needham (1900-1995) had dedicated his life to documenting Science and Civilisation in China. His story is unique and the interested reader would benefit from learning about him and his large volume of work, which spans countless topics. One of the many volumes he produced covered mechanisms including gears. Needham could not substantiate the South Pointing Chariot, but did document very early uses of gears. [1] 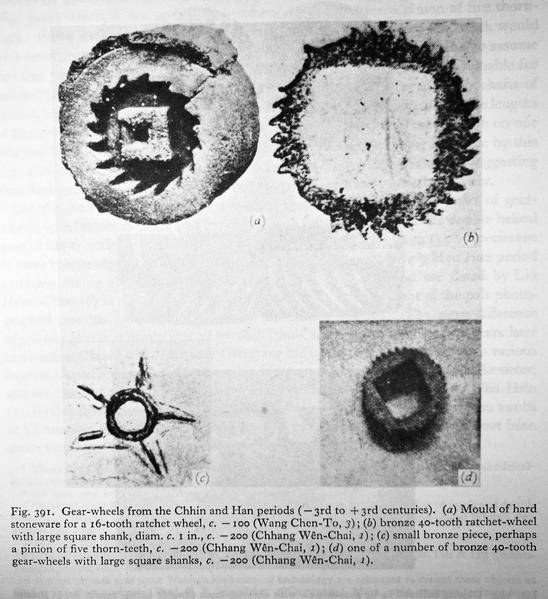 Geared mechanisms require a drawing to communicate their distinctive properties, and this at least gives us a technical language that can transcend spoken and written languages. These photos alone are enough to start a lively conversation amongst those of us that marvel over the mechanical need of their makers. Math and good technical drawings are universal. Today we can communicate technical knowledge sometimes better than other types of information.

To Space and Beyond

Voyager 1 is the farthest man-made object from earth in interstellar space. As it travels across the cosmos, Voyager carries sounds and images from Earth encoded onto a golden record, their interpretation does not rely on any discoverer's understanding instructions written in an Earth-based language. 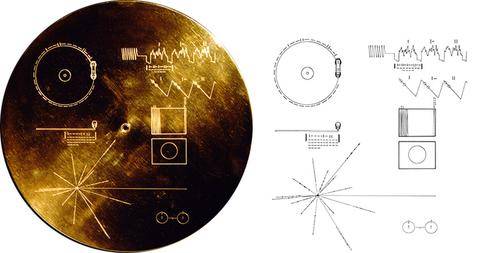 Instead, playback instructions are given in a drawing using scientific principles that are universally true: the hydrogen atom and its characteristics, binary counting, and a waveform. In the absence of any text or language it’s expected that these technical principles give the best chance of universal understanding.

As Voyager looks out to space and the future, we reflect on the past of our own planet. Could an ancient gear serve as a previous-day Voyager of technological advancement, and if so, why have we not found more ancient gears? Unlike the lone spacecraft, sheltered from all but radiation, terrestrial gears must survive the elements, corrosion, and interference from future humans. 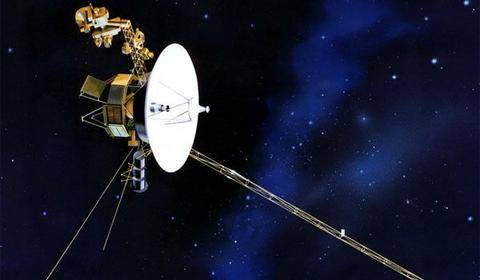 Ancient gear materials were expensive - and a broken or worn gear was likely melted and re-used. Steels corrode over time so an archeological dig finds slightly reddish soil where an artifact had oxidized and disappeared. Only in the rare case is an artifact removed from the temptation for repurposing and sufficiently sheltered to be preserved through the centuries.

From an Ancient Shipwreck the 2000-year-old Anitkythera Mechanism was found in 150 feet of cold seawater. Despite its corrosion, this lone example continues to amaze us today as it shows an advanced understanding of astronomy, horology, mathematics, mechanical elements, metallurgy and especially the use of triangular tooth gears. This was decidedly not the first mechanism made by the maker. Clocks tens, hundreds and thousands of years later continue to use triangular tooth gears.

As we speculate about various undiscovered ancient inventions scattered across the planet, so too may discoveries lie hidden in untranslated texts. And yet, even if we cannot translate every language and access every library that ever existed, we can be certain of the language of the trades with their underlying true science and use of the universal. Personally I’d prefer fully understanding an artifact or drawing to find the clever bit.

The history of mechanical devices is astonishingly long, here is our timeline.

Spoken and written languages were the earliest forms of communication

As we look to communicate out into space, we rely on scientific phenomena to convey our message