How to Measure Screw Size and Pitch

How to Measure Screw Size: Calculating Threads per Inch

How to Measure Screws

Screws are defined by three measurements: diameter, pitch, and length. The diameter is the distance across the threads (how "fat" the screw is), length is how long the screw is, and pitch is the spacing between the threads. Screw length normally does not include the head, except for flat-head screws. For the pitch, you can either measure the distance between threads, or measure a fixed length of threads and count the number of threads in that length. 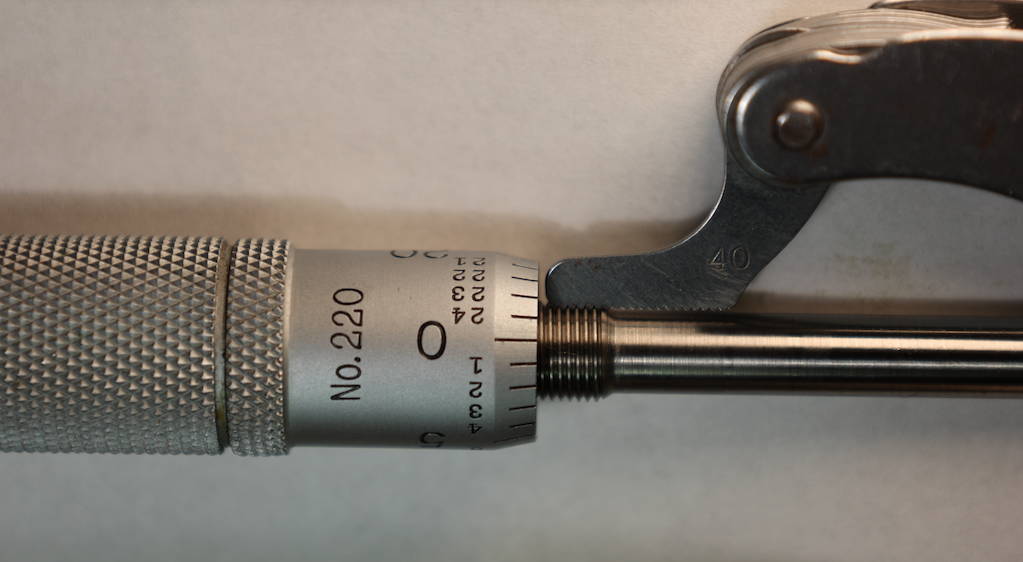 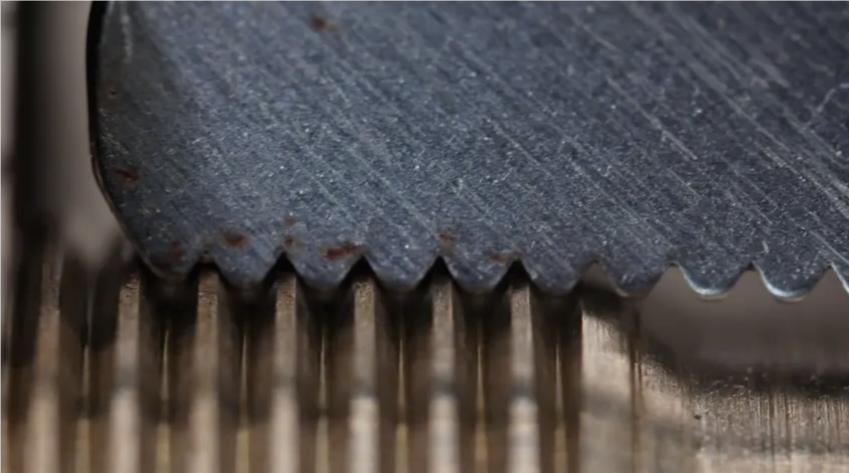 A common small imperial screw is the #6-32x1/2” which means a #6 screw (which has major diameter of 0.138”), with 32 Threads Per Inch (TPI), that is 1/2” long. There are multiple methods of measuring pitch, and sometimes a thread pitch gage is the quickest method; we also have a lead angle calculator for screws and threads.

Metric screws convey the same information, but with slightly different terminology: the second number is the length between threads, not the threads per inch. For instance, an M6x1x20 screw has a diameter of 6mm (M6 means Metric, not a #6 imperial), a pitch of 1mm and length of 20mm. The pitch of 1 doesn’t mean that the screw has only 1 thread per inch, but rather that each thread is spaced apart by 1 mm. Since there are 25.4 millimeters in 1 inch, the M6x1.00 screw has an equivalent TPI of 25.4.

As the TPI increases for screws it means there are more and more threads in the same one inch, so the threads are getting smaller and smaller: a 6-32 screw has bigger threads than a 6-40 screw. By contrast, in metric screws as the pitch increases the individual threads take up more space and are increasing in size, so an M6x1.00 has smaller threads than an M6x1.50 screw - TPI and pitch are inversely proportional.

For good or for bad, there hasn't been a Whitworth-esque standardization movement for gears. Figure from "A Treatise on Gear Wheels" by George Grant, 11th Edition, (Figure 31 graphical comparison of gear pitch - with edits) 1906

Measure the major diameter across the threads. Higher is larger is both inch and metric screws

Inch screws count the Threads Per Inch, while metric screws measure the length between threads

Measure the length beneath the head of the screw, except flat-heads measure the whole length